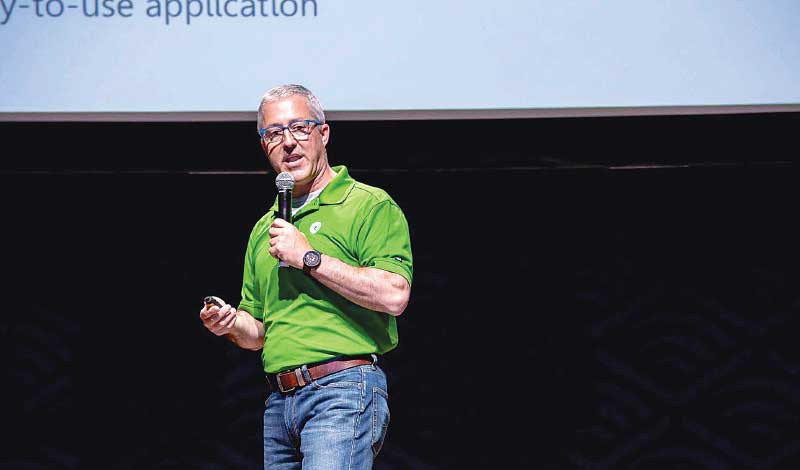 ‍The following is a feature of Riskcast Solutions by ROI. View the original post here.

Riskcast Solutions, a graduate of NVP Labs’ spring 2019 cohort, plans to stay in Newark for the long haul, Alec Thomson, co-founder and CEO, told NJTechWeekly.com in a recent interview.

The startup, which specializes in eliminating paper-based processes for the construction industry, recently closed a $600,000 pre-seed convertible note investment round led by Newark Venture Partners. Scopus Ventures, an international early-stage venture capital firm that is headquartered in Los Angeles, also participated in the round, as did two individuals.

Riskcast offers tradesmen and -women a single, easy-to-use platform for entering all their daily information, such as man hours, production quantities, notes, daily logs and delivery tickets, the company said in a news release. The system provides foremen and superintendents with real-time data. Job-site management is now able to track costs, productivity and trends, while identifying successes and areas in need of improvement on an ongoing and immediate basis.

Companies have been replacing timecards and daily logs over the past few years, but Riskcast is the first tech startup to deliver a unified platform specifically designed for construction crews, the company claims. The platform is designed to help teams start quickly and grow into full functionality when they’re ready, the company said.

Thomson is bullish on Newark, and sees it as a place that fits his company’s needs. He describes himself as a transplant from Virginia Beach, Virginia, who moved to Manhattan a couple of years ago for his job at the Swedish construction firm Skanska. He met his cofounder, Reggie Arichabala, who is from Long Island, at that job; and the two of them worked out of their apartments to get Riskcast going.

Although they started in Manhattan, “Manhattan doesn’t bring any value to us,” Thomson said. “When we finished with NVP Labs, we had to ask, ‘Where should we be headquartered?’”

Jersey City had some appeal, as did Hoboken, where Arichabala now lives. But while they seemed “trendy and interesting,” Riskcast serves blue-collar industries.

“We looked at Newark and asked, ‘What could be better or grittier’ than the Brick City,” he said

Newark is a town that has come back into prominence, pulling itself up by its bootstraps, he said, and that’s in line with what Riskcast does. It also helps that Newark offers great logistics for conducting a business.

“There is a train station on either side of our office,” he said. (For now, the company’s in the Newark Venture Partners space at the Rutgers Business School’s Newark building.) “There is an airport within 10 minutes of where we are, and we can fly anywhere to see our customers. The cost of living is more affordable than in New York. We are surrounded by Rutgers, (New Jersey Institute of Technology) and Stevens, with so many benefits.”

The idea of going back to Manhattan was only for prestige, “and we are not a prestige brand. We like the idea of being an underdog, and it resonates with us when you say Newark is Brick City.”

The company will be using the money from its capital raise for hiring, Thomson said.

The co-founders have already found value in being located near NJIT. They were able to hire a great intern from the school, Andrew Morgan, and now they’ve brought him into the business as an hourly employee while he finishes his studies. The company found a sales lead, Victor Brown, who formerly assisted Kevin Petry, NVP’s director of growth. “We’re looking for another intern right now, obviously local,” said Thomson.

Beefing up the sales model

Riskcast has a few paying customers and continues to work on figuring out its sales engine.

“Right now, we have a little spark going, but we aren’t ready to throw gas on the fire just yet,” Thomson said. “We want to get the sales model really dialed in. That’s where Newark Venture Partners is helping us out. Our product is fully operational, and we have a complete platform. We’ve been going to conferences, and we are currently piloting and in negotiations with several contractors on the Engineering News-Record’s Top 100 list.”

Contracting tends to be a regional business, so Thomson anticipates that the company will eventually need to open hubs outside of Newark to be close to its customers.

Startups often stay at Newark Venture Partners’ 25,000-square-foot venue for about a year after they’ve graduated from NVP Labs, and Thomson is convinced that Riskcast will be able to find an affordable office space or coworking space in Newark after that.