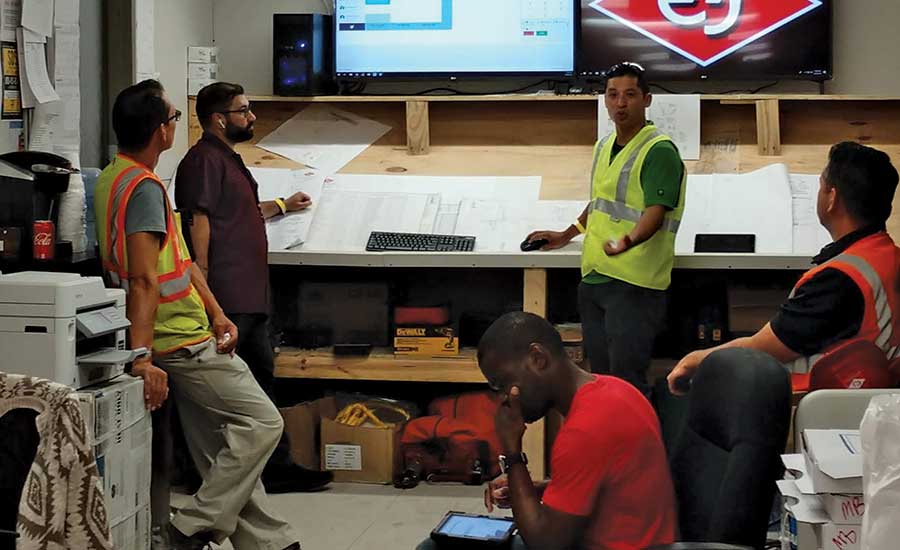 General contractors and specialty trades often struggle to manage time cards and productivity logs. But a new productivity app called Riskcast seeks to track these and other jobsite metrics all in one place.

“We give foremen and crews the ability to track hours, equipment usage and in-place quantities as well as other daily requirements in a single application,” says Riskcast co-founder Alec Thomson. “We use that information, combined with budget details, to provide project teams real-time analytics to make decisions that impact their bottom line.” Thomson and co-founder Reggie Arichabala showcased their product at Procore’s Groundbreak Conference in Austin, Texas, in November.

“Riskcast is the tool we have been in search of that truly gives real-time production data that can be collected seamlessly at the field level,” says Lang. Adoption “has been very successful on jobsites … due to how easy the software is to use. Once foremen leave a Riskcast project they want it on the next one,” he says.